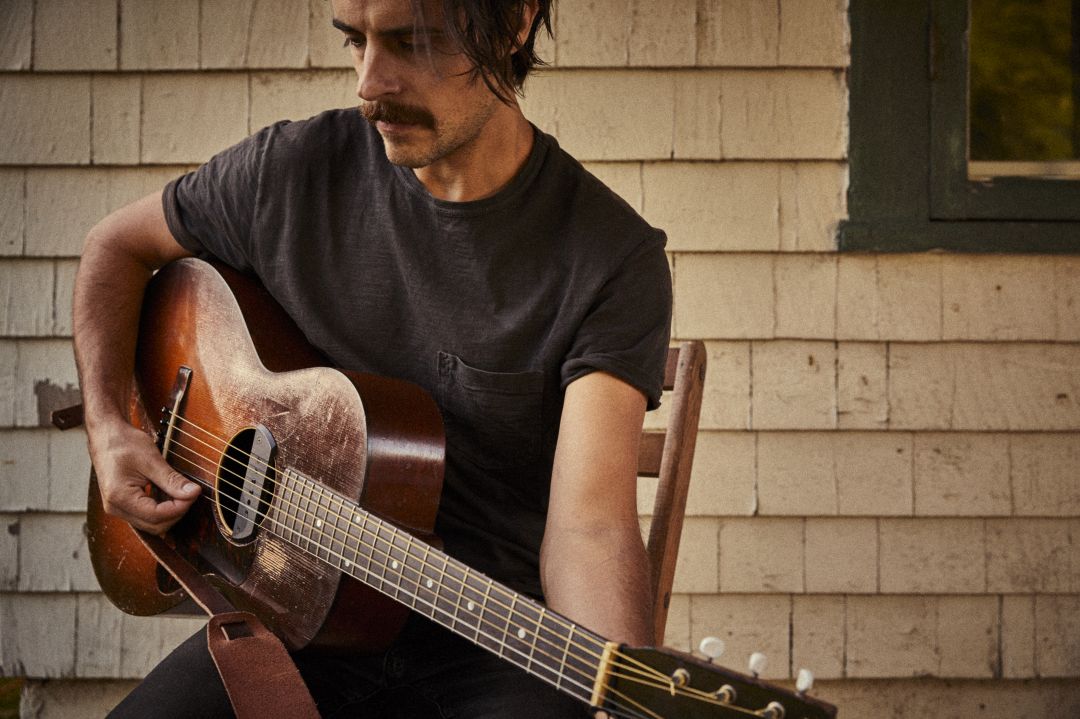 The Bones of J.R. Jones with Brett Newski

THE BONES OF J.R. JONES

Over the course of three full-length albums and two EPs, Jonathon Robert Linaberry — the songwriter, storyteller, visual artist, and one-man band behind The Bones of J.R. Jones — has woven his own tapestry of American roots music. It's a classic sound for the modern world, influenced not only by blues, soul, and forward-thinking folk, but also by J.R.'s environment.

From the bustle of New York City, where he launched The Bones of J.R. Jones with 2012's The Wildness, to the rustic solitude of his current home in the Catskills, J.R. has always looked to the world around him for inspiration. Few places have left him feeling as inspired as the American Southwest, an area whose desert panoramas and infinite horizons inspired the songs on his newest release, A Celebration. Written during trips to Tucson, Bisbee, Joshua Tree, and other desert destinations, the six-song EP is everything its title promises: a celebration of the thrill of getting lost in something new, whether it's a landscape, a sound, a perspective, or all of the above.

The most compelling artists among us don't replicate their past; instead, they evolve. A Celebration marks a new stage in The Bones of J.R. Jones' own evolution, fusing the songwriter's southern gothic sound — a sound rooted in acoustic instruments and J.R.'s woozy vocals — with drum machines, analog synths, vibraphone, and the rich, dark tones of a Magnatone amplifier. The songs were recorded quickly, in a series of first takes and instinctual performances, with J.R. playing nearly every instrument himself. The result is an organic record with an electric pulse — a collection of music that, like the region that inspired it, is familiar one minute and otherworldly the next.

“I love how easy Newski makes it to plow through the dark stuff with some well placed humor and grit.” -Stelth Ulvang (of the Lumineers)

"Newski's live shows are part rock n' roll, part stand up, and part therapy. In the end, the room is won over." -Jim McGuinn, The Current, MPLS

"I like the sound and the way he is forcing the world to contend with him." -Brian Ritchie, Violent Femmes

For fans of 90’s alternative, BRETT NEWSKI is an alternative songwriter, author and podcaster touring EUROPE is May. Coming off recent collaborations with Nada Surf's Matthew Caws, Barenaked Ladies co-founder Steven Page, and Brian Vander Ark of the Verve Pipe, 90’s influenced alt-rock outfit BRETT NEWSKI & the No Tomorrow launches eight new tracks, a soundtrack to his book titled “It’s Hard to be a Person: Defeating Anxiety Surviving the World, and Having More Fun.”
He has been featured on Rolling Stone, NPR, American Songwriter, SiriusXM, Boston Globe, Paste and SPIN.
Newski has played alongside acts like Pixies, Violent Femmes, Courtney Barnett, Manchester Orchestra, Better than Ezra & New Pornographers. He continues to tour over 100 dates per year.
Newski's podcast Dirt from the Road dives into strangest travel stories, mental health boosts, and how to navigate the hurdles of being a person in modern times. Guests include The Lumineers, All American Rejects, Dashboard Confessional, Guster, Heartless Bastards, Verve Pipe, Toad the Wet Sprocket and Frank Turner. Hear here: https://brettnewski.biglink.to/dirtfromtheRoad