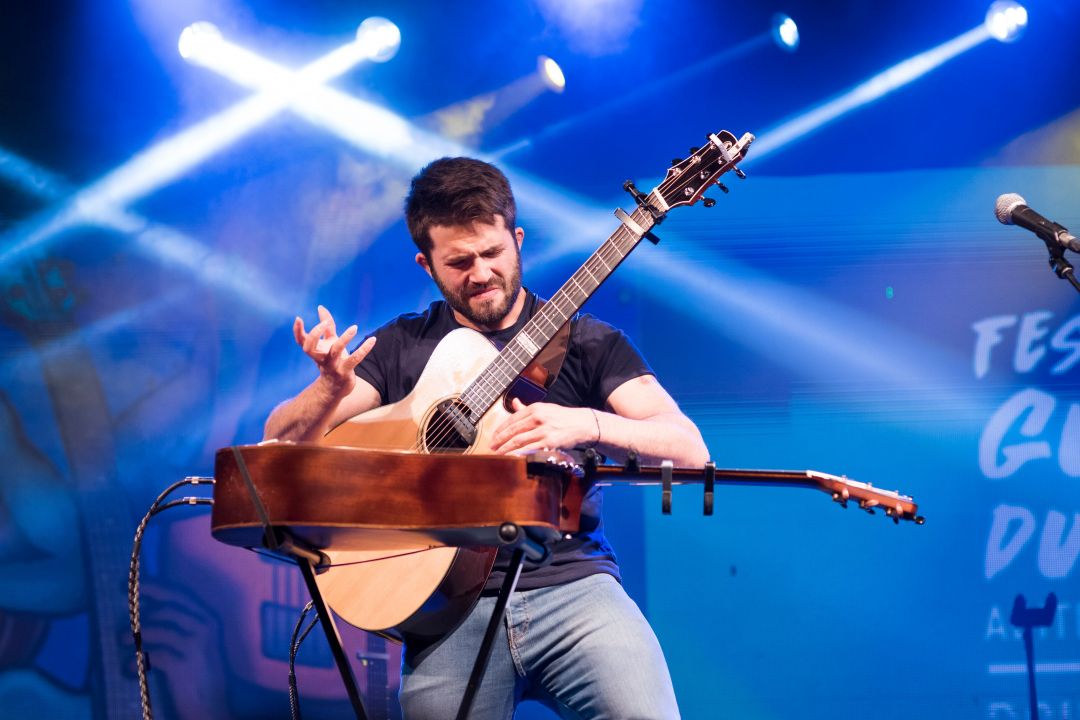 Dinner: 6:00 PM // Concert: 7:30 PM
All Ages
Buy Tickets
NOTE: For the safety of all attendees, proof of vaccination (or recent negative COVID test) is required for this concert at SOhO. For questions or concerns regarding this, please reach out to [email protected]
BIO: Luca Stricagnoli
Luca Stricagnoli, born and raised in Italy, is an acoustic guitarist known for his unique style and innovative playing techniques. His original approach to music has led him to a variety of successes from obtaining over 100 million views on his music videos to having the opportunity to perform all around the globe.
Using up to five guitars in the same piece, modified capos, and self-conceived stratagems, Luca continually leaves his audiences in awe and wondering what’s next for the up-and-coming guitarist. In addition to his musical abilities, Luca brings an enthusiastic energy to the stage that attracts concert requests from every corner of the world.
His music has been featured in countless magazines and TV channels and has grabbed the attention of world-famous artists such as the bands “Red Hot Chili Peppers” and “Walk Off The Earth”.
Luca recently released his new album “What if?” in which he explores even more approaches to guitar playing. The first track of the album, featuring a new guitar invented by him and designed by Davide Serracini, obtained once again viral success with over 40 million views online and was published by magazines all over the world, such as NME, Spiegel and La Repubblica.