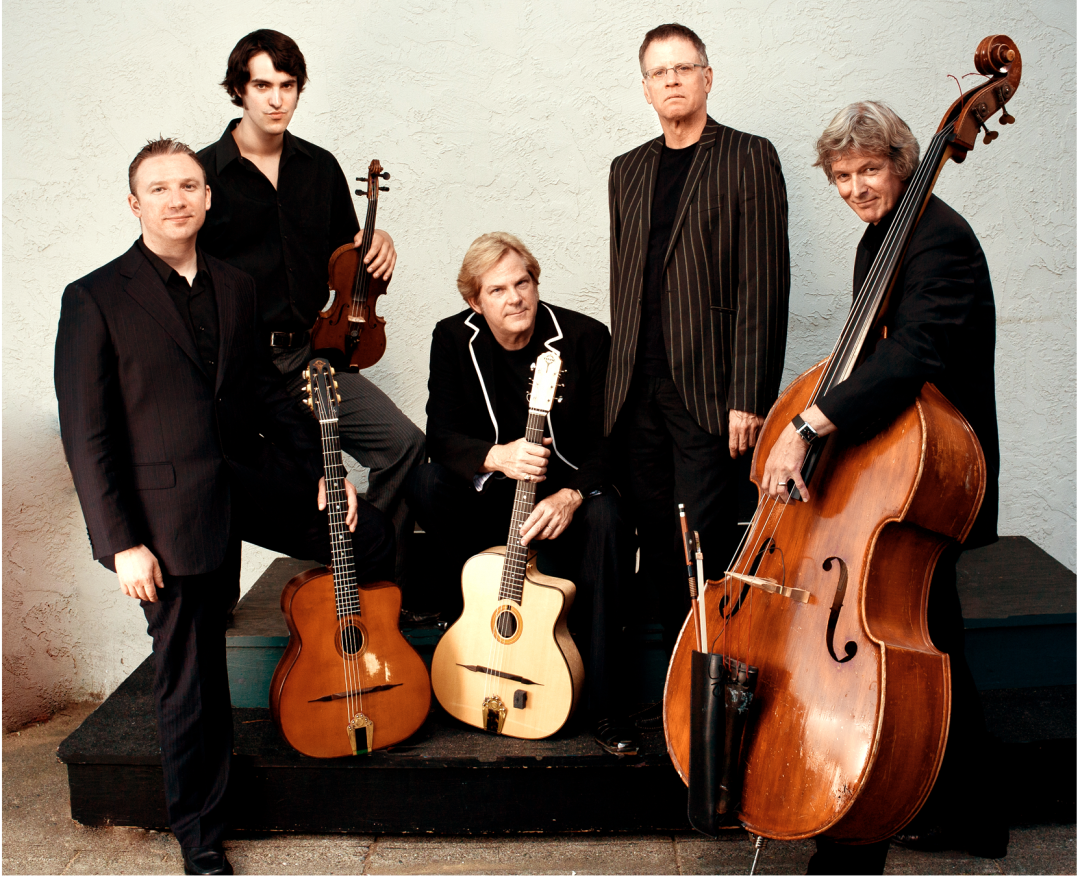 
John Jorgenson (manouche guitar, bouzouki and clarinet) and Rory Hoffman (guitar, accordion and piano) are the two of the most versatile musicians that I know of; they can play just about anything on any instrument, and in his outrageously hot Gypsy Jazz Quintet will be accompanied by guitar, violin and percussion.

Jorgenson’s dynamic Quintet and its authentic gypsy jazz - the string-driven swing created by “Django” Reinhardt and Stephane Grappelli in 1930s Paris - has been hailed the “U.S. ambassadors of gypsy jazz.” His Quintet is the only American act to ever headline the prestigious Django Reinhardt Memorial Festival in France, and has been featured at “Djangofests” in the US, UK, Germany and Canada. Jorgenson’s compositions for the Quintet additionally draw in elements from Latin, Romanian, Classical, Rock and Greek music.  One of the elite gypsy jazz players in the world, he portrayed Django Reinhardt in the film “Head in the Clouds”.

John is music virtuoso across multiple genres, known for his exquisite licks and world-class musicianship on acoustic guitar, bouzouki, clarinet and vocals for this show as well as mandolin, saxophone and pedal steel. He has contributed to numerous GRAMMY®-winning and platinum-selling albums. The Quintet includes four additional distinguished musicians: Casey Driscoll on violin; Rory Hoffman on guitar, piano and accordion; Simon Planting on bass and Rick Reed on percussion.

“A mix of soulful romance and rollicking celebration, with Jorgenson’s fingers a blur that created avalanches of notes and chords, his dazzling prowess often caused listeners to gasp at the speed and sound…” - All About Jazz

“Jorgenson’s dexterity, speed, and beauty on acoustic guitar were astonishing, and one could only watch in awe…I struggle to think of a more accomplished guitarist I have seen on stage.” - No Depression

“John Jorgenson has insanely fast fingers – they’re nothing but a blur when he’s notes-deep into a song.” – NPR