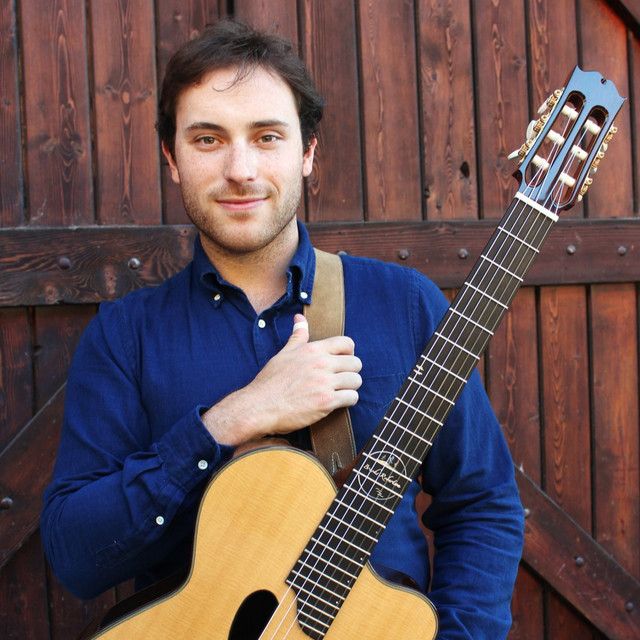 "The Future of American fingerstyle guitar" - Buster B. Jones

"I've always loved playing with Brooks, he's a joy to be around!" - Tommy Emmanuel CGP

"I was completely knocked out with the acoustic guitar virtuosity of Brooks Robertson! Brooks has a very original touch and sound plus monster chops. He's always making great music with his guitar. I'm sure Brooks will be sharing his music with the entire world and have an incredible career." - Lee Ritenour

"Brooks Robertson plays like the house is on fire."  - Thom Bresh

"All guitar players are like Frankensteins. Their music is made out of bits and pieces of other players. In Brooks' case, he's a son of a Frankenchops, the well known monster picker Buster B. Jones. Buster and Brooks are both so scary ... the legend continues." - Mason Williams

"Brooks Robertson has one of the very best techniques in fingerstyle guitar. You can hear the influences of Buster B. Jones, Jerry Reed, and all the great fingerpickers past ... and he's writing some fabulous new material. An amazing guitar player who's showing the rest of us how it's done! Nobody whops Brooks Robertson!"  - Richard Smith

"Brooks Robertson is a superb and exciting guitarist. I love his playing!"  - Pat Bergeson

"He is slicker than a cat on a greased pole."  - Nokie Edwards

"Brooks Robertson is well-equipped to carry on the legacy of Buster B Jones' powerful and funky guitar style. Any player would be very proud to have such an accomplished guitarist as a protégé. Brooks' personal playing and composing style is equally compelling, as audiences around the world are finding out. The solo guitar's future is in good hands with players like Brooks out there!"  - John Jorgenson

"Brooks Robertson's playing is wonderful, rhythmically precise, harmonically complex and melodically compelling. How he controls all three simultaneously, blending them into something musically engaging, is remarkable. He's a gem."       - Neil Andersson