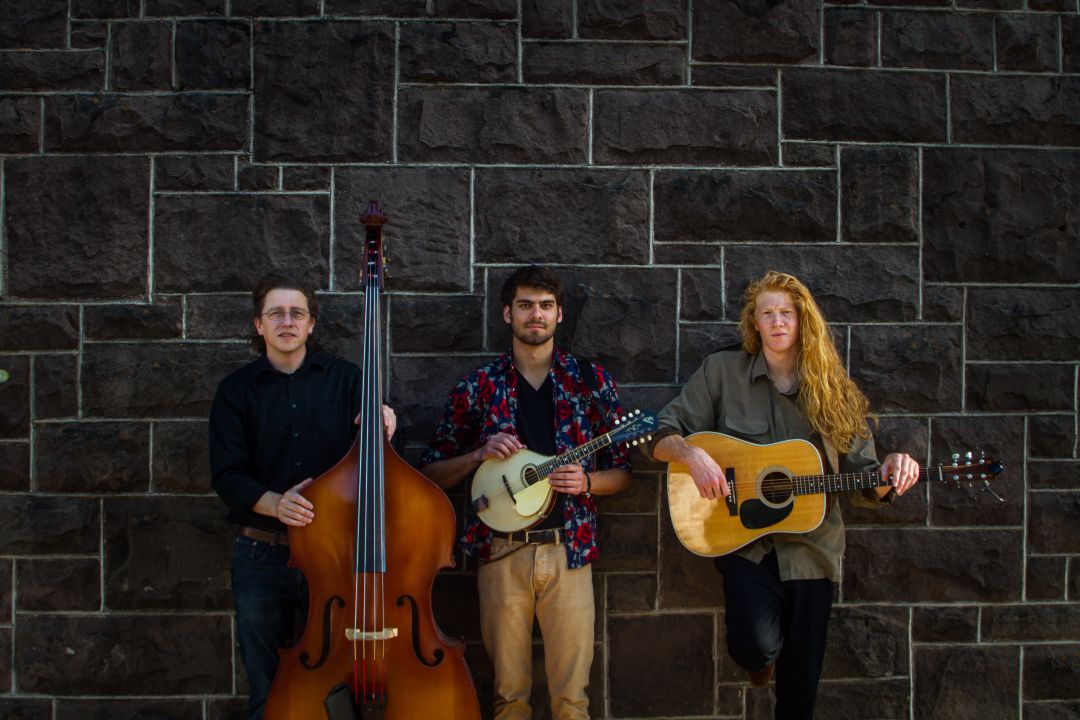 The Rose Valley Thorns, with their youthful energy and eclectic musical influences, are pushing forward on the front of progressive bluegrass and modern folk while paying homage to the old legends of classic genres. The stunningly beautiful Rose Valley lies in the mountains above the creative community of Ojai, California, a place which has inspired and nurtured the individual and collective artists that The Rose Valley Thorns have become. With aspects of jazz, ragtime, classical, rock, folk, country, and most importantly bluegrass, the Thorns have created a sound that is truly unique and refreshing.

Joshua Bergmann began this musical endeavor when he and his brother Jared Bergmann began performing together, with Joshua on the mandolin and Jared on guitar. They share a musical bond that can only be found in brotherhood. That being said, bassist Corey Highberg is no less integral to The Rose Valley Thorns, with his wide array of experiences and his pure high-reaching tenor harmonies.

The Rose Valley Thorns’ love for authentic music and performance is reflected in their relatable songwriting. Touching on subjects from struggles with worldwide social issues to Joshua’s own battle with Muscular Dystrophy, The Rose Valley Thorns create a truly genuine artistic expression. They perform around a single mic, traditional style, and pour their hearts out through their instruments and voices with a conviction and authenticity that captivates their audiences. The Thorns care about nothing more than making music for people who want to hear it.

For the last few years, Santa Barbara-based singer/songwriter Will Breman has made a name for himself as a prominent Central Coast music staple. 2019 started with his release of his debut Santa Barbara Soul Music EP, and culminated with his performing as a semifinalist on Season 17 of NBC’s The Voice.
Breman’s style is as eclectic as his background. His musical upbringing began with voice lessons from his mother and teaching himself guitar. Since then, Will has tried everything from screaming in metal bands to serenading at coffee shops, and more recently playing banjo in bluegrass groups and touring across the nation.
Will’s live performance has evolved over the years, and he currently uses a technique called “live looping” - a process where he records and plays back multiple instrument parts in real time, creating a “one man band” ‘effect. As a songwriter, Will’s goal has consistently been to channel deep emotions that cannot be expressed through any other medium. He has taught himself multiple instruments to achieve this, and aspires to create songs that bear his soul and tell engaging stories.