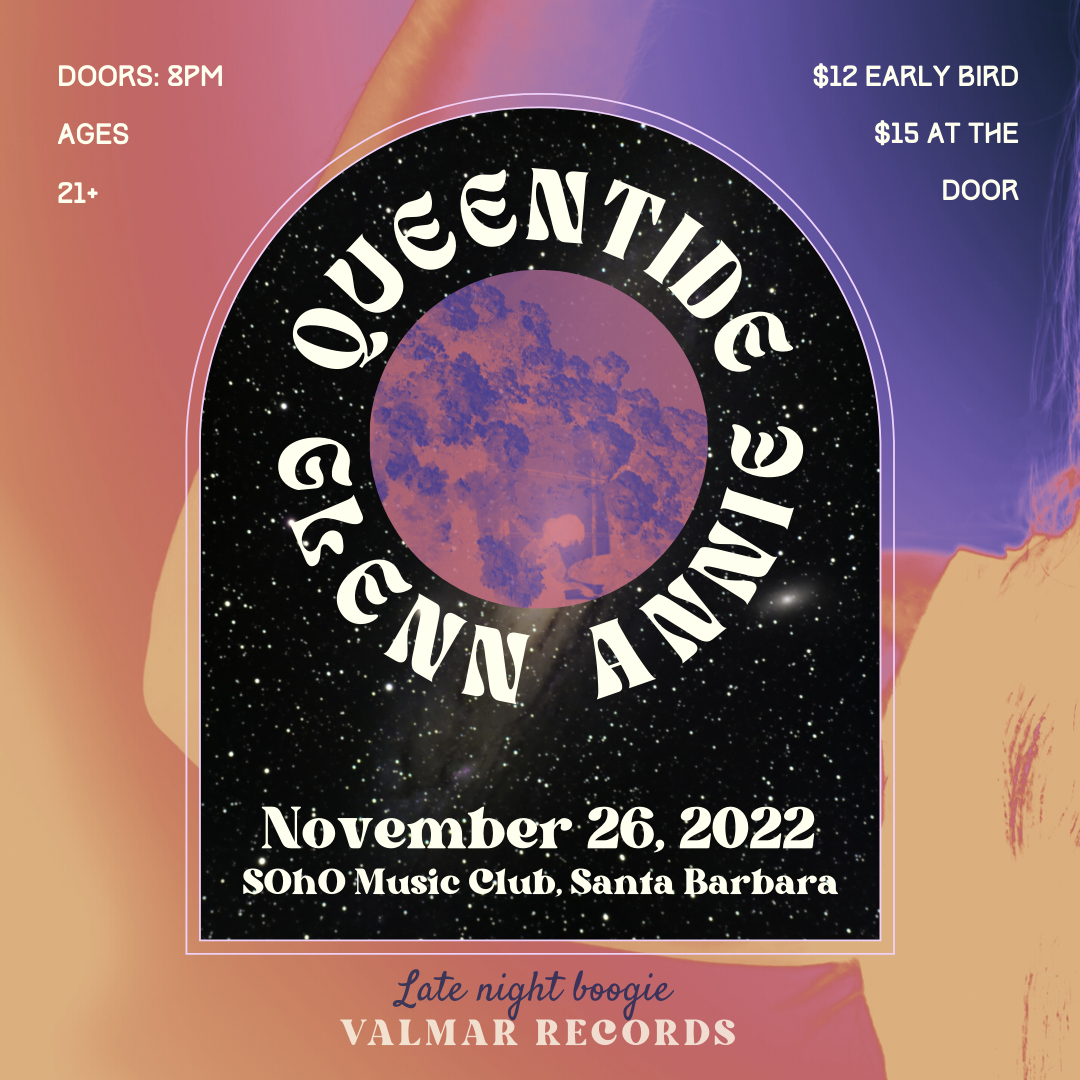 Queentide is a 5-piece collective of Santa Barbara and Santa Cruz musicians who dip into salty grunge-rock with a modern, indie twist. Formed in 2019, the band spent their first few months rehearsing on their front porch, coining a genre that would eventually define their sound: Porch Rock. After an EP, two singles, and an album, the group is releasing another single in November 2022.