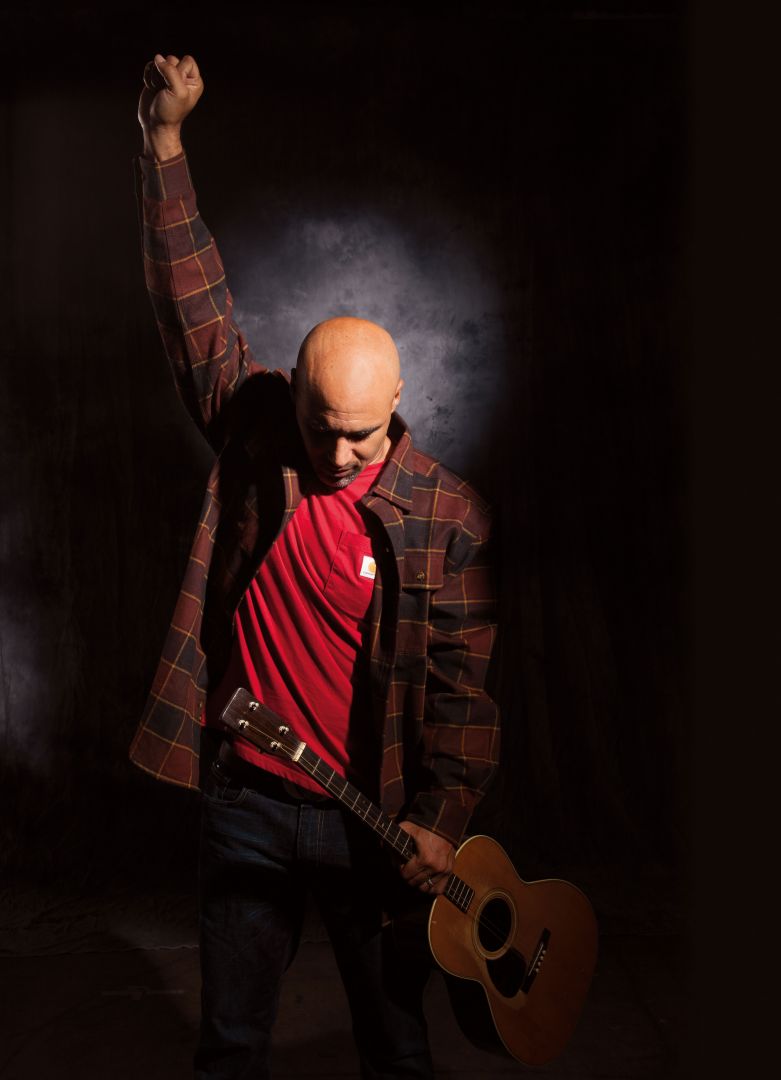 Of the musically famous Harper Family!

Peter is the youngest of the three Harper brothers. They all grew up in the famous Folk Music Center in Claremont California amongst the guitars, banjos, ukuleles and other musical instruments from around the world. The music store was opened by their grandparents in the late 50’s where Peter’s grandmother, Dorothy, could play anything with strings. The eldest brother Ben, would grow up to be the world famous singer and musician. The middle brother Joel, is a prolific writer of children’s books and an avid environmentalist. For 20 years Peter, the youngest of the bunch, chose the art of sculpture to express his creativity. He spent time as a professional visual artist, a college professor and a passionate musician.

After releasing his first album “Self Titled” in 2016, Peter toured extensively in North America and Europe. Alone on the road with his tenor guitar on both a quest and an adventure, his first tour through France was such a success that he decided to release a European edition of his self titled album which was received with critical acclaim.

In 2017, Peter recorded and released his second album “Break The Cycle” which features the duet “Million Miles” with Grammy Award-Winner Jody Watley. The album marks the first release in which Peter displays both his talents as a visual artist and a musician together in one package. The CD booklet contains 11 original drawings and the limited edition vinyl (200 pieces) are each individually hand drawn. In 2017, Peter was made an ambassador of the Surfrider Foundation in Europe as he performed on multiple tours across the European Continent.

His latest EP “Twilight Time” was recorded in late 2018 and released in early 2019. It contains five songs from the forthcoming album. Based in the soul drenched folk style that Peter is known for, the EP also features some new collaborations and the introduction of the band known as Peter Harper and The Last Three.

NOTE: For the safety of all attendees, proof of vaccination or recent (with-in 72 hrs of event) negative COVID test is required for this concert at SOhO. Masks must be worn indoors unless you are dining/drinking at a table. For questions or concerns regarding this, please reach out to [email protected]