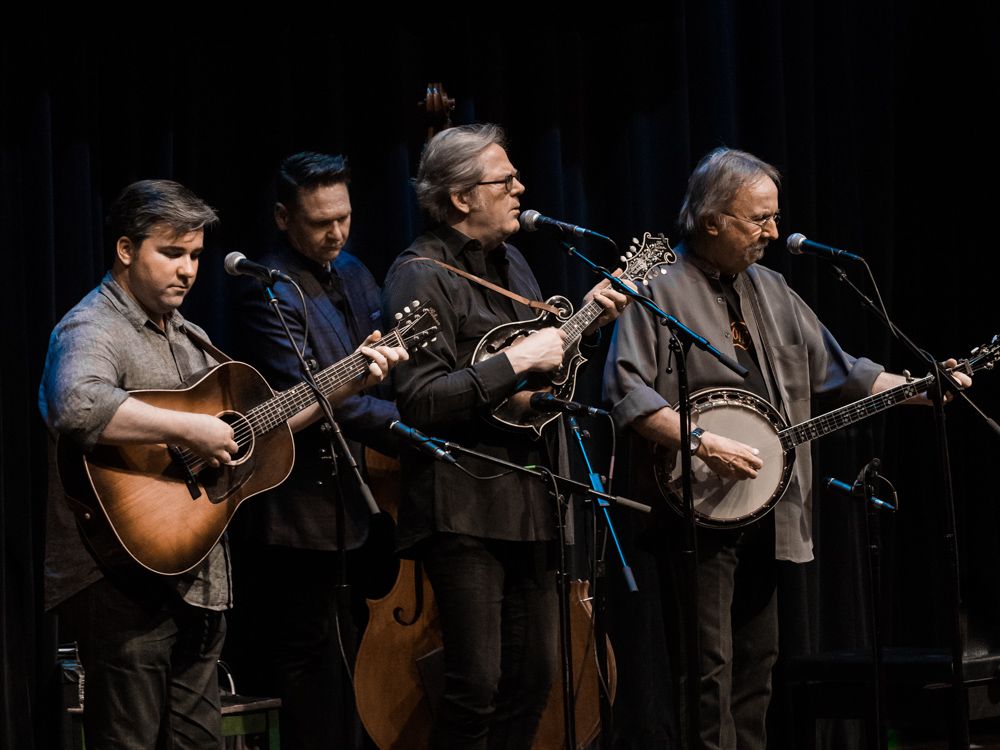 John Jorgenson, known for his blistering guitar and mandolin licks and mastery of a broad musical palette, has earned a reputation as a world-class musician who has collaborated with Chris Hillman, the Byrds, Earl Scruggs, Bonnie Raitt, Elton John, Luciano Pavarotti, Bob Dylan and many others.

J2B2 is an all-star bluegrass supergroup featuring four legendary, award-winning musicians – John Jorgenson on acoustic guitar, mandolin and vocals; Herb Pedersen on banjo, acoustic guitar and vocals; Mark Fain on bass; and Patrick Sauber on acoustic guitar and vocals – delivering bluegrass like no one has ever heard it before. The four combine forces to form a spot-on union of impeccable musicianship, incomparable songwriting, incredible harmony vocals and seasoned showmanship. This is the “high lonesome sound” of American roots music at its finest.

“John Jorgenson is one of my most favorite players. He is incredibly versatile and his solos are unique and melodic, played with amazing technique. ‘My  guitarist’s guitarist.” – PETER FRAMPTON

“If there was one guitar player I’d like to be, it would be John Jorgenson.” – BRAD PAISLEY

“This is a display of virtuosity rarely rendered.” – FRETBOARD JOURNAL