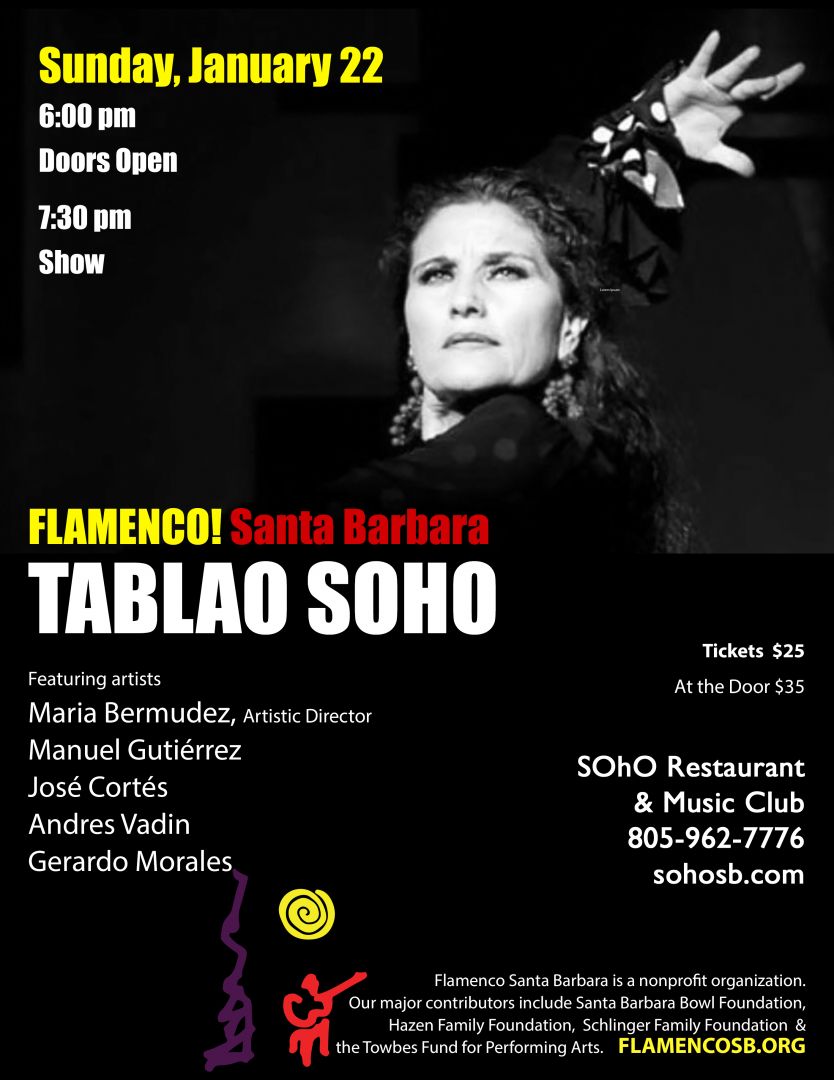 Maria 'LA Chacha' Bermudez is one of the most renowned flamenco artists of our time. She has exposed audiences across the world to the unique style and sound of Jerez de la Frontera, Spain —a city that recently honored her with the distinction of Embajadora del Flamenco de Jerez (Ambassador of Flamenco).

Award winning Manuel Gutierrez’s (dancer) prolific career includes performing with the LA Opera and at flamenco festivals in Spain, Albuquerque, Los Angeles and throughout the world.

Jose Cortes is an award-winning Gypsy singer. Born into an important Gypsy Family of Almeria, his career has taken him around the world since beginning his career at age 10 in Jerez, Spain where he won the coveted “PREMIO DEL JOVEN AFICIONADO DEL CANTE.”

Andres Vadin’s (guitarist) talent spans genres while highlighting the flamenco guitar as a universal instrument with no boundaries. He graduated from the Guillermo Tomas and Almadeo Roldan Conservatory in Habana, Cuba and his worldwide career has included collaborations on Latin Grammy-nominated albums.