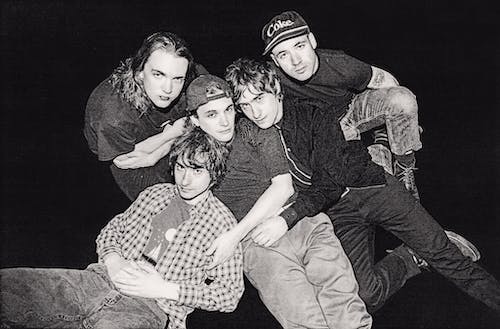 opening set from The Aquadolls

Having cut their teeth playing a number of raucous local and regional shows that left everyone’s ears ringing and no pores devoid of sweat, the group is ready to unleash their eponymous debut EP — a six-song blitzkrieg that traces the band’s present and future. While dingy and jangly single “Conspirator” scratches the itch left behind by Jay Reatard, infectious stand outs “Cool” and “Funn” will undoubtedly make the ears of the Ty Segall/Oh Sees sect perk up.

Affectionately known as “Tony and the Twins,” White Reaper has six tracks in their pocket, a few future surprises up their sleeves, a thunderous live show, and they’re just getting started….