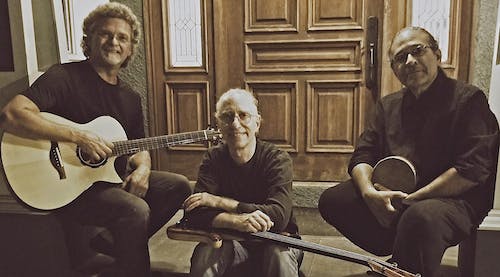 The Listening Room at SOhO

iCal
Google
The Listening Room series (formerly SBAMA) continues with one of the world's best acoustic guitarists and his trio!

Award winning composer, performer and educator Tim Farrell has the rare ability to inspire listeners to experience music on a multitude of levels. Through his mastery of the intricacies and melodic grace of fingerstyle guitar, he has created a sound that evokes emotion, a sound that is to be felt as well as heard. Even though he possess formidable technique Tim’s music displays an elegant simplicity that celebrates the pure beauty of the acoustic guitar. Tim is a rare kind of musician, with the ability to both entertain an audience and inspire future generations of players.

Tim performs concerts and teaches workshops and residencies internationally. He has shared the stage with many notable musicians such as Les Paul, George Benson, Jean Luc Ponty, Rick Wakeman, Alex DeGrassi, Jake Shimabukuru and many more ... Tim won the Best Instrumental in the International Acoustic Music Awards. In addition Tim is one of only 4 musicians to be named as one of the 100 Greatest Acoustic Guitarists who has also won the International Acoustic Music Awards.

Hailed by many as the world’s leading solo bassist, Michael Manring has been pushing back the boundaries of what is possible on the bass guitar for over two decades. While his technical skill and innovations always make an impression, it is his ability to communicate on a profound emotional level that most touches listeners. Building on the conceptions of his teacher, the late bass legend Jaco Pastorius, Michael has developed a new approach to the instrument that includes unorthodox tunings, techniques and methodologies. He has honed his skills on hundreds of recordings as a session musician and thousands of concerts throughout the world.

Christopher has performed in 29 countries on 5 continents with some of the most giving (and forgiving) musicians from many different cultural backgrounds. He has performed many different styles of music from progressive rock, to Frank Zappa, indigenous music of Mexico and India, avant garde improvisation, electronic explorations, soundtracks, cartoon music(!) and more ... He has performed with musicians as diverse as Indian violin virtuoso L. Shankar, Jazz keyboardist Don Preston, The Mothers Of Invention, Demania, and more ...