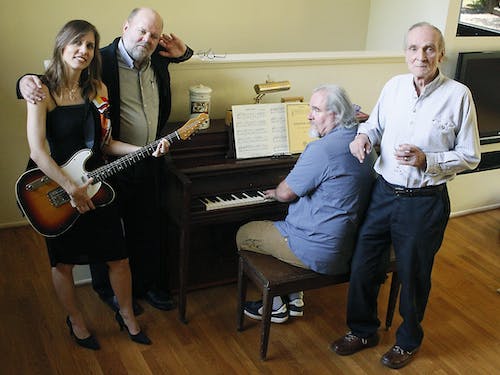 Headless Household, Santa Barbara’s “hopelessly, haplessly eclectic” band of renown, returns to SOhO on January 29, with a sampler plate of music from a songbook/discography going back to 1983 and lurching forward toward… ?

Belatedly ringing in the new year in its own headless way, the band will call up songs old and new—as they work towards album number 10 next year. Rumor has it that the forthcoming’s record’s connective themes are as American as the Blues and the Movies, and a livelier agenda than the ballad-centric previous album, Balladismo.

History keeps sneaking up on the Household, whose gigs in 2019 celebrated the 25th anniversary of its pivotal album, Inside/Outside USA.